While I was getting loaded in Alexandria, MN today
I saw the following headline in the Star Tribune. 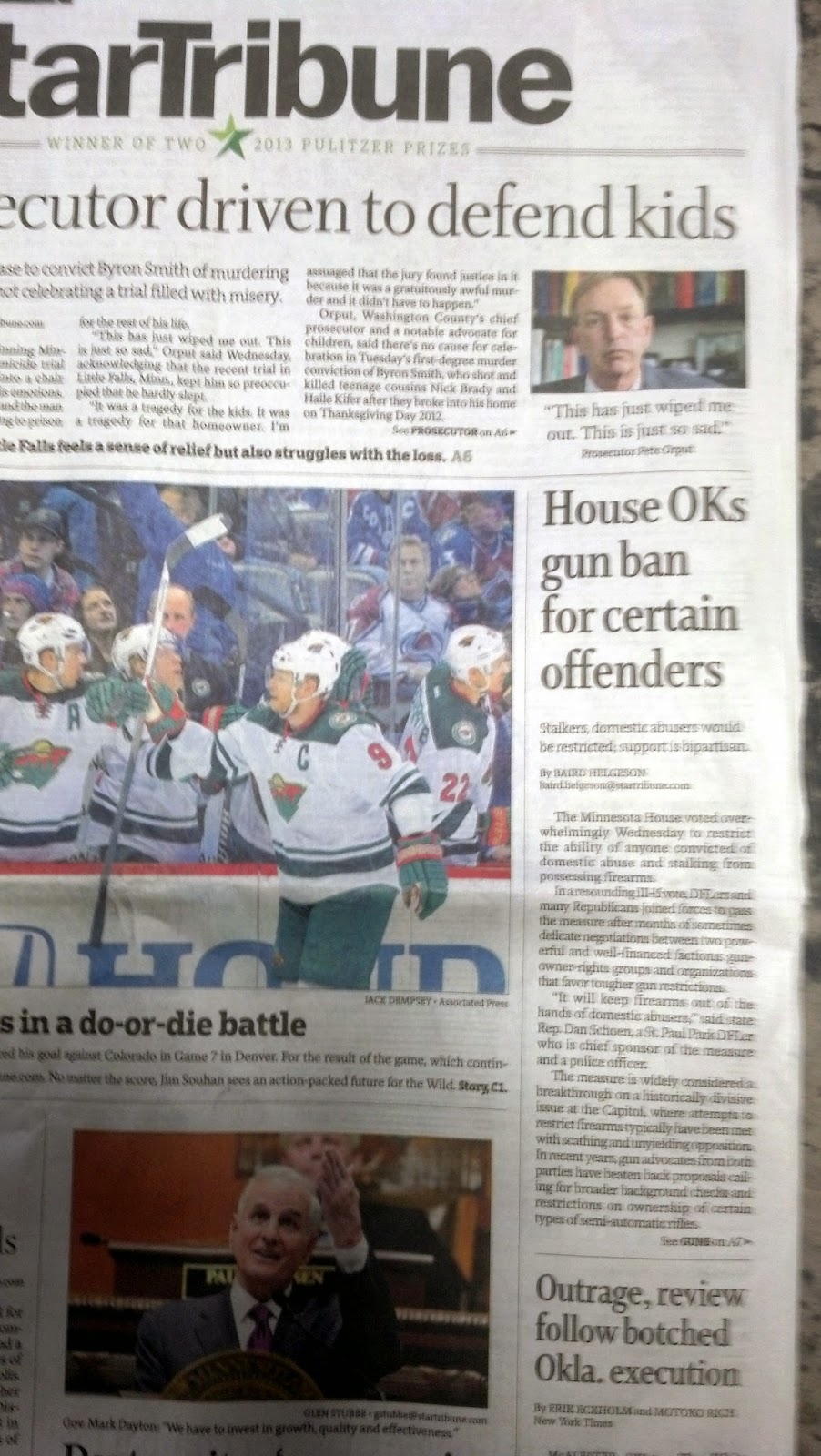 Of course they haven't been tried or convicted of any crime.


My response to the article.


Now I would like to know who introduced that bill?

Who really wrote that bill???

Now this bill passed the Minnesota State Legislature by a vote of 111 for and 5 against.

Maybe we should ask some of the Yea's two questions.

Question one.  Who wrote that bill?

Question two.  If we give up our guns what are we going to do to protect
us from the government?

The following people were quoted in the Star's article as being in favor of taking away the Second Amendment of "certain" citizens.


Moms Demand action for gun sense thinks disarming the public is a good idea.
Maybe we should send them this
http://www.momsdemandaction.org/


My uncompromising stand on the Second Amendment.