The state assembly in Pennsylvania has just decided to squeeze more blood out of a rock.
They have voted to raise the tax on liquid road fuels, to $0.65 cents for each and every gallon of fuel you buy, or burn in the state of Pennsylvania.

Now this is going to put a tremendous burden on truckers like myself who are currently saddled with a fuel tax of around $0.38.

Now where is this money going to go????

Now I have a sure fire way to fix this problem.

We need to get a citizens initiative, plebiscite on the ballot which would say the following….

“All revenues from taxes on liquid road fuel are to be spent on the roads and only on the roads.”

This worked quite well in Missouri a few years ago.  The only people who were against that initiative were the bureaucrats and the politicians.  That imitative passed and Missouri with a $.17 cent tax on road fuels couldn’t spend the money fast enough or fix their roads fast enough.

So where was the money going????

Maybe we should ask blabbermouth politician Kate Harper where the money is going.

After all she said “Doing nothing was not an option.”
Doesn’t she understand that this tax increase is nothing more than a tremendous increase in the size, cost, reach and power of government?

If you live in Pennsylvania and your representative voted for this they need to be kicked out.

If you live in Pennsylvania you need to get a law passed which would force the state government to spend any money raised from taxes on road fuel on the roads.

That would stop this crap in a hurry.

Please send the following note to Representative Kate Harper.
She thinks that  “Doing nothing was not an option.”

I understand you voted in favor of raising the fuel tax in Pennsylvania to sixty five cents on each and every gallon of liquid road fuel.

I want to know how much of that tax will be put into the roads.
All of it.  Some of it.  Or none of it.

I want an answer and I want it in black and white terms.

I’m tired of politicians like yourself who keep increasing the size, cost, extending the reach and power of government.  You need to go.

Give them hell!!!!
They deserve it.
Posted by Lenny Ladner at 1:31 PM No comments:

Bob Corker and the Tennessee Republicon Party in action.

Well who is selling US down the river today??
Is it the Democraps or the Republicons????

Or is it really the monied members of the international collectivist elitist scum conspiracy.


My views on so called "Conservative" Tennessee Senator Bob Corker.

It's too bad we can't have the Tennessee Senate recall this turd.


These are the links that I mentioned in the video.

Keeping the pricks in line with bribery and blackmail.

eighteenwheels4581@yahoo.com
Posted by Lenny Ladner at 8:40 AM No comments: 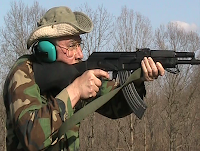